With some of the baked donuts I’ve been experimenting with I have been craving something fried. I don’t eat fried food often but sometimes we need to go a bit crazy, right? (Maybe sometimes too often… )

This definitely hit the spot. A thin crunchy covering as you take a bite with a soft filling center of mashed potatoes and a bit of chew from the ground pork. Who doesn’t like a ball of fried mashed potatoes? I’ve always been slightly afraid of frying – can I get the temperature right? will it splatter everywhere? will it burn? But with one suffered korokke, the rest came out delicious! And the steps are fairly simple to make this homemade snack.
You start off just by boiling some potatoes with a pinch of salt until the potatoes are soft. And then mash them! 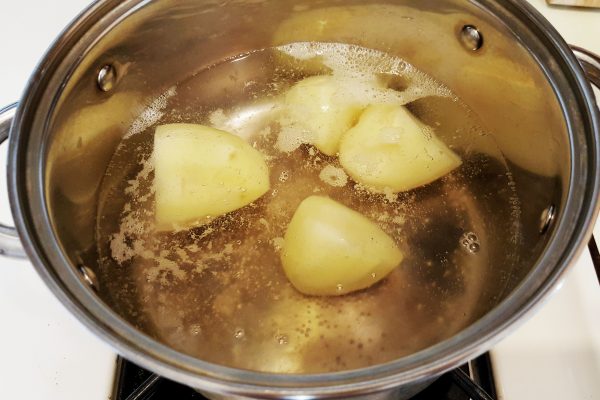 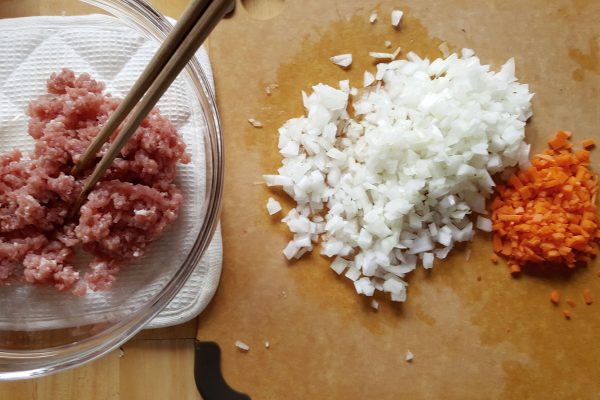 Stir fry the onions and carrots throwing in the ground meat and stir frying until the onions are translucent and ground pork is cooked through. Mash this mixture in with the mashed potatoes. Let cool slightly so you don’t burn your hands! 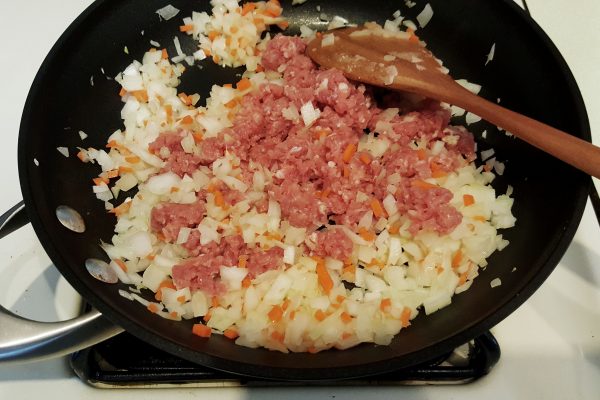 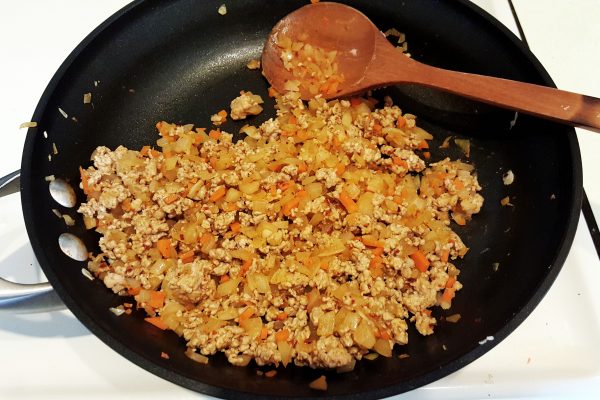 Mold the potato mixture into bite size pieces. And then coat them – twice! This is key here. We noticed a significant difference between one coated layer of breadcrumbs and two coats. We’re not trying to go on a diet with these fried little guys so live little! Two coats. Another tip – often coating is done in three steps of dunking in flour, egg and then breadcrumbs. I found them easier and more crispy to just add the egg and flour together so you only need to do two dunks – in egg/flour mixture and then the breadcrumbs. 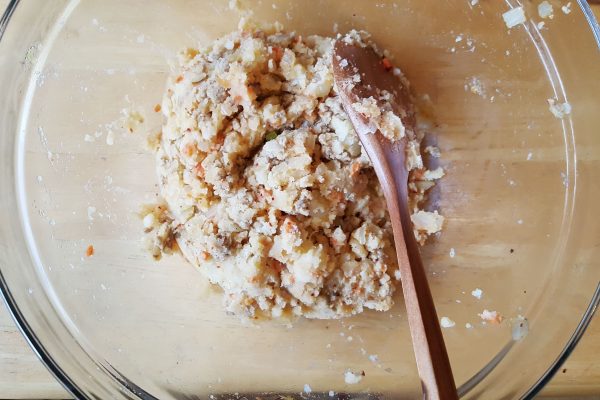 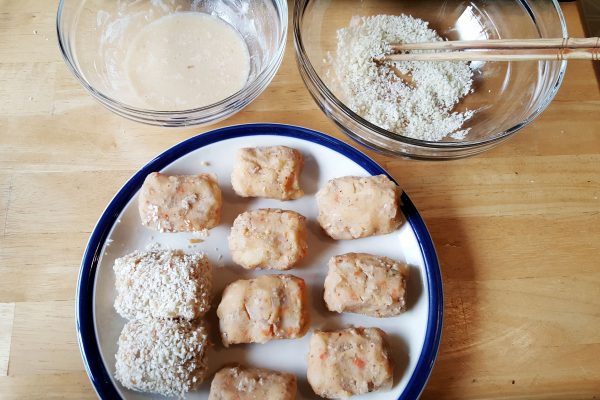 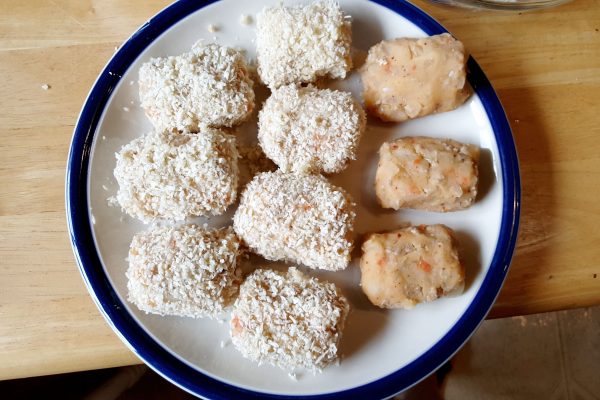 Heat oil over medium high heat. Optimal oil is around 340-350 degrees F. Without a thermometer, you can toss in a few breadcrumbs into the oil and if they drop slightly and quickly come to the surface the oil is at optimal temperature! Fry these little guys until golden brown. Tip: As you’re frying, if there are little pieces of breadcrumbs left in the oil, spoon these out as these may burn and make the oil not so good. Enjoy by itself or dip them in tonkatsu sauce! I didn’t have any at home so google helped me out with Just One Cookbook’s homemade tonkatsu sauce recipe. Yum.
I think this will be really delicious with potato and stir-fried kimchi too.. I also baked 4 of these instead of frying and turned out well. Adding an add-on post to this one! 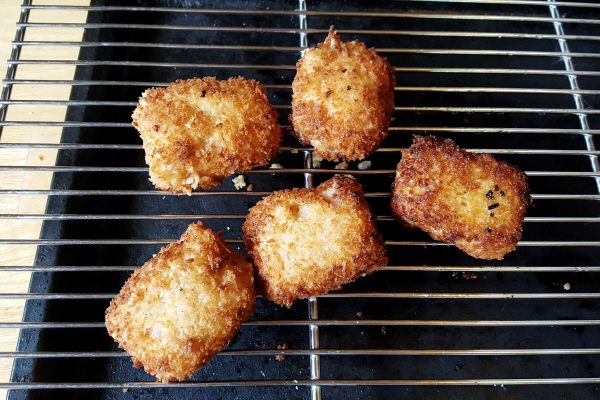