As an add-on to the fried Potato Korokke – I baked a few of the leftovers and they were actually very good!

On a day where you don’t want to eat too much fried food but still want korokke, I would highly recommend this process. Though, they don’t completely match the fried ones, I thought they were pretty tasty. With the oven heat on high, they will crisp up the outer edges of the korokke and keep the mashed potato center still soft and delicious.

The steps are very similar to the fried potato korokke but at the end all that needs to be done is toasting of the breadcrumbs on a skillet to help achieve the crispy outside and baking at 450 degrees F in the oven. We ate these so quickly that a picture of the final product wasn’t taken. This is pre-baked with the toasted breadcrumbs! 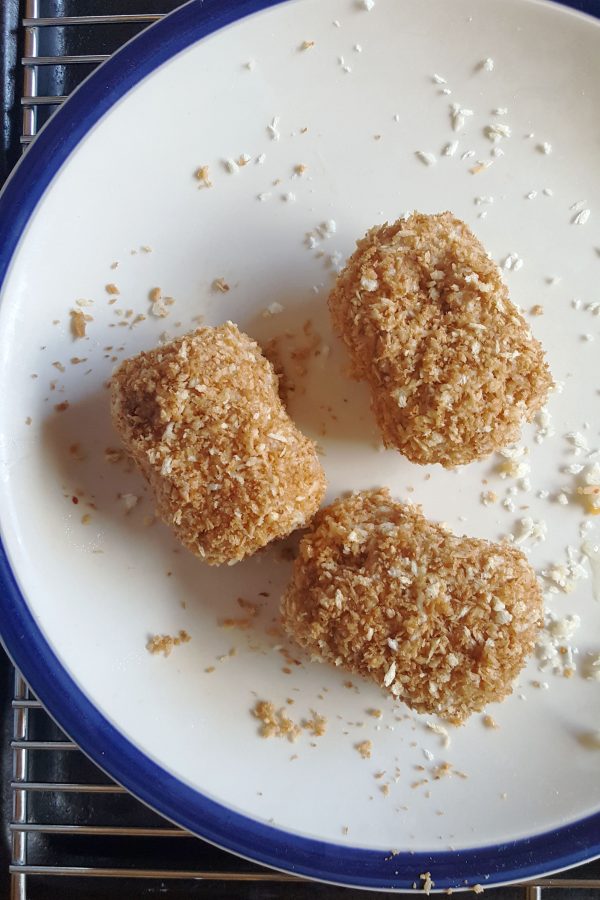