Pork bulgogi usually comes in a few versions – 1) spicy 2) soy sauce based 3) doenjang based. On the popular Korean TV Show – Korean Hostel in Spain, there are many non-Koreans coming to the hostel in Spain, so, famous actor Cha Seung Won (the chef for the show!) takes a dive into the soy-sauce version. – more on this show with the Jja Jang Bap recipe. 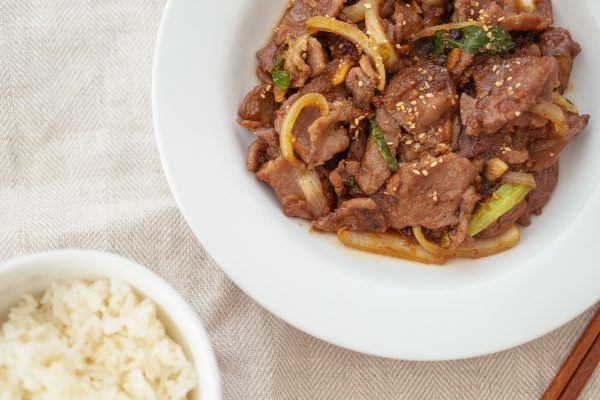 While we thoroughly enjoyed this pork bulgogi, I will caveat that it was not our favorite of Cha Seung Won’s dishes. But while the ingredient list may seem long, the quickness won me over for a weeknight meal!

A few things on this meaty dish! Cha Seung Won uses a slightly thicker cut of pork shoulder because he’s in Spain and only has access to the butcher there. I would highly recommend using thin slice of pork  (shoulder/butt etc) if possible. If you are near an Asian market, they will often carry this cut. It makes it much more delicious. The thicker cuts made it too chewy which might work for a more strong flavored spicy version but with a more mild sauce, it did not suit well. He also interestingly adds a Tbsp of blueberry jam which he notes will add sweetness, but also help to get rid of and mask any pork odors that may come through the sauce. You won’t taste any blueberry in the dish.

The only more “difficult” step is pureeing the onion. This is often seen in Korean meats dishes as the onion enzymes will help tenderize the meat while also adding a blended delicious flavor! I would definitely recommend this step but at a pinch, you can chop them as finely as possible. 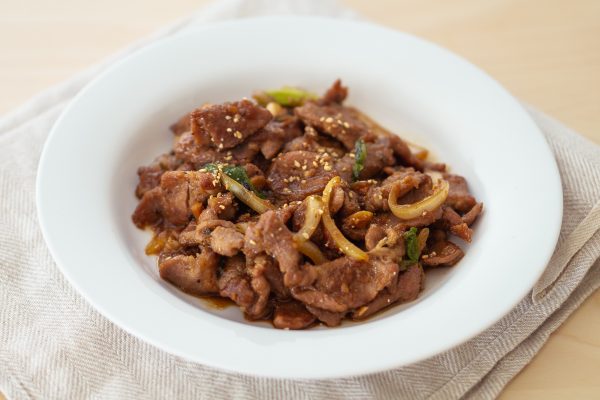 This soy sauce pork bulgogi will together in no-time! It’s yummy served with a bowl of warm white rice, and a side of kimchi or any of your favorite banchans (side dishes!). Scoop some of the meat and the sauces over the rice and enjoy with a large spoonful of rice. Enjoy! 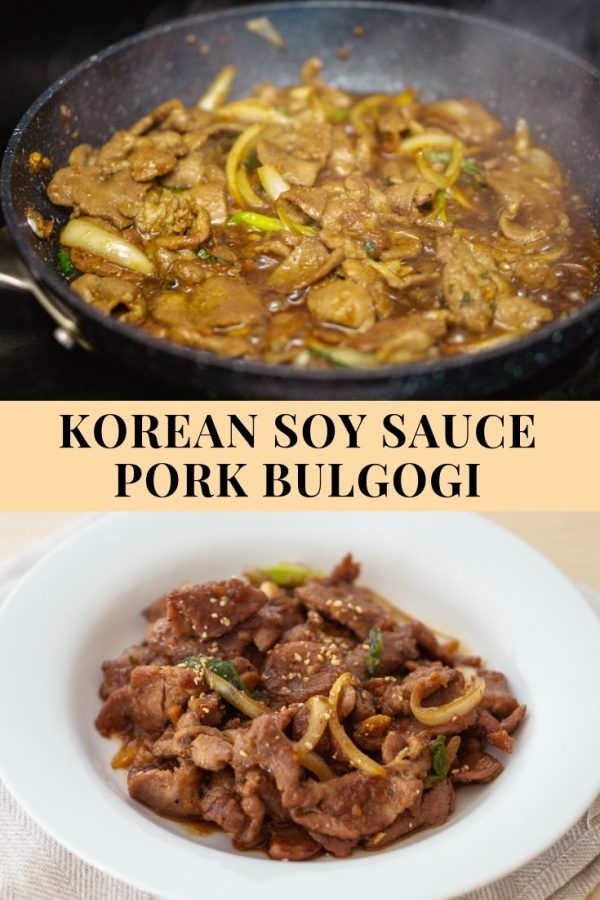 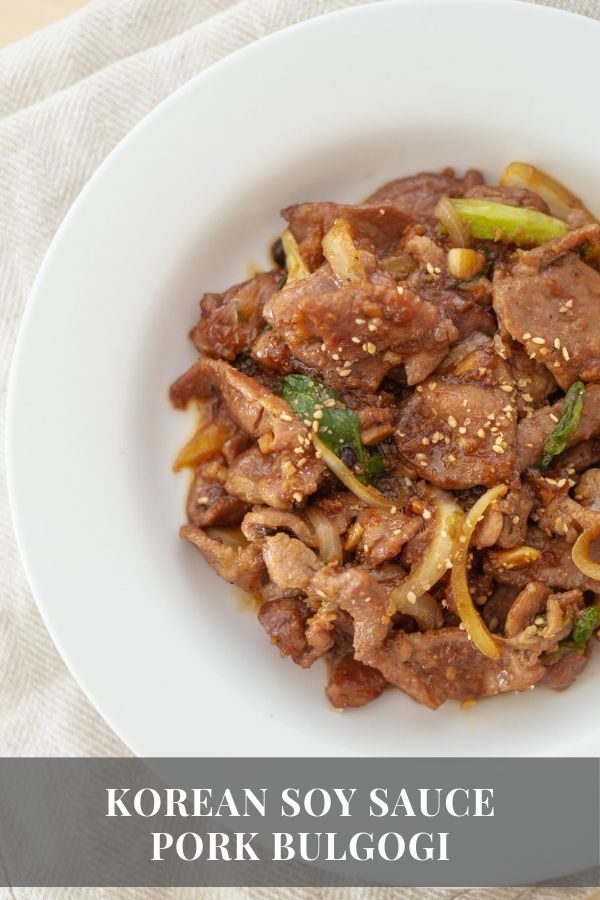 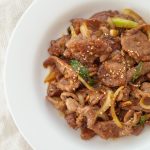 *The onion should be pureed through a blender. If not, minced as small as possible through a food processor or knife.
Katsudon (Pork Cutlet Over Rice) – Baek Jong Won
Kongnamul Japchae (Korean Stir-Fried Soybean Sprout Glass Noodles) – Soo-mi’s Side Dishes 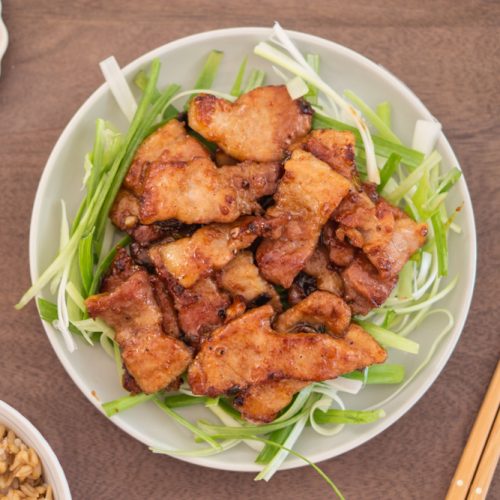 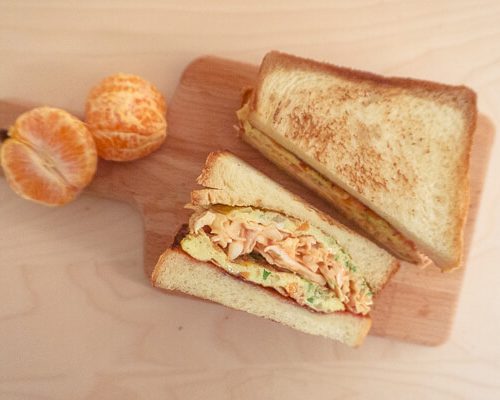 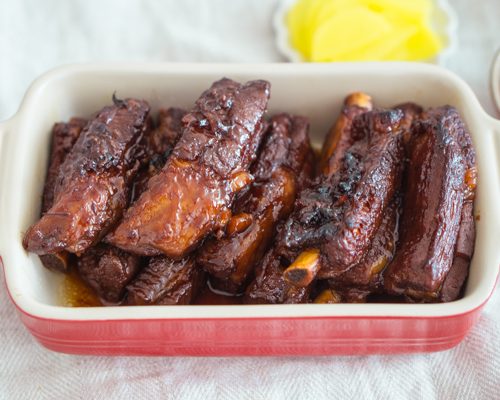