Crispy Korean chicken tossed in a sweet and salty soy sauce based galbi sauce. It’s the delicious star of the Korean movie, Extreme Job! Learn how to make the famous chicken – fried or crispy baked! 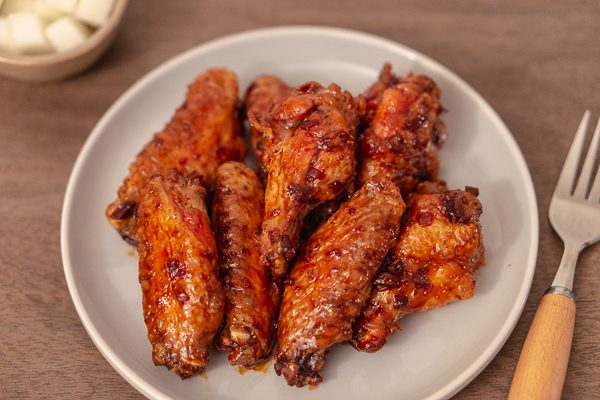 At some point, Korean Fried Chicken became its own “it” thing. I’m not sure when it happened. When I first went to Korea in the summer of 2007, I don’t remember Korean chicken being everywhere but by the time DrJuh and I went back in 2017, it was on every corner in Korea but also very popular here in the US! Before in the US, when a foreigner thought about Korean food it may have been beef bulgogi but now I think it may be chicken. A handful of big chains have become popular here and there are also so many different types and recipes online!

The standard spicy fried chicken is probably the most popular, followed by a soy garlic sauce and just plain old regular fried chicken! In the movie Extreme Job, the main cast makes a more unique variation and goes about using Korean marinated short rib sauce (galbi) to slather on to chicken. And of course it’s delicious! If it works on ribs, why not on chicken? Fried chicken is pretty versatile. 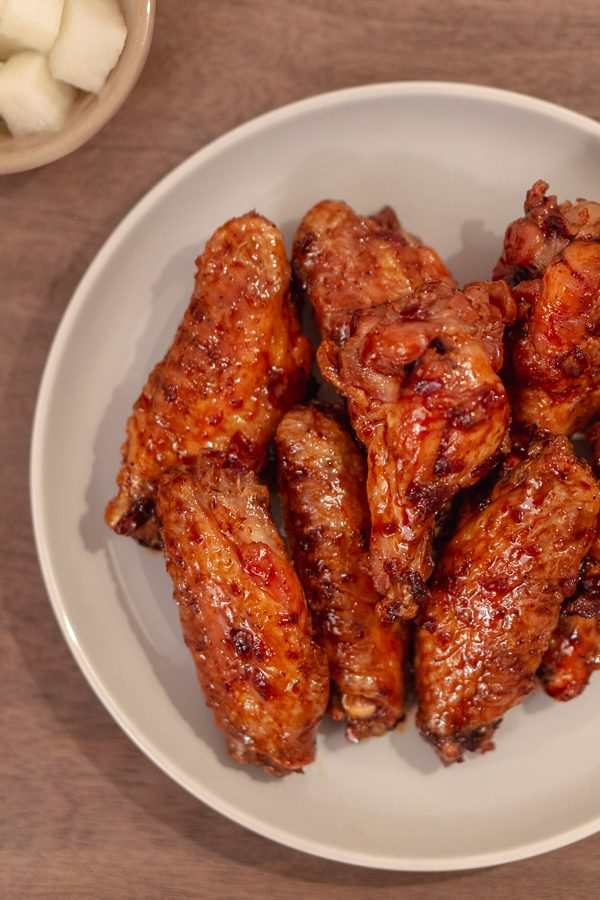 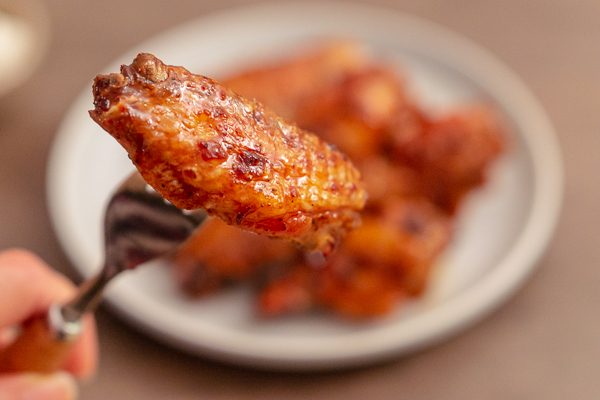 It’s summer time now though and frying food is not as appealing. It’s also a bit more work to clean up and I’ve noticed the oil smell can linger through our house for days. Our kitchen fan is not very strong and I would dare say – barely useful. Though! Some people also hate turning on the oven. I’ve laid out both ways to make the chicken

I’ve listed the fried version here and the crispy baked version in the recipe card more below! Take your pick!

For the Crispy Baked Version, see the recipe box below! 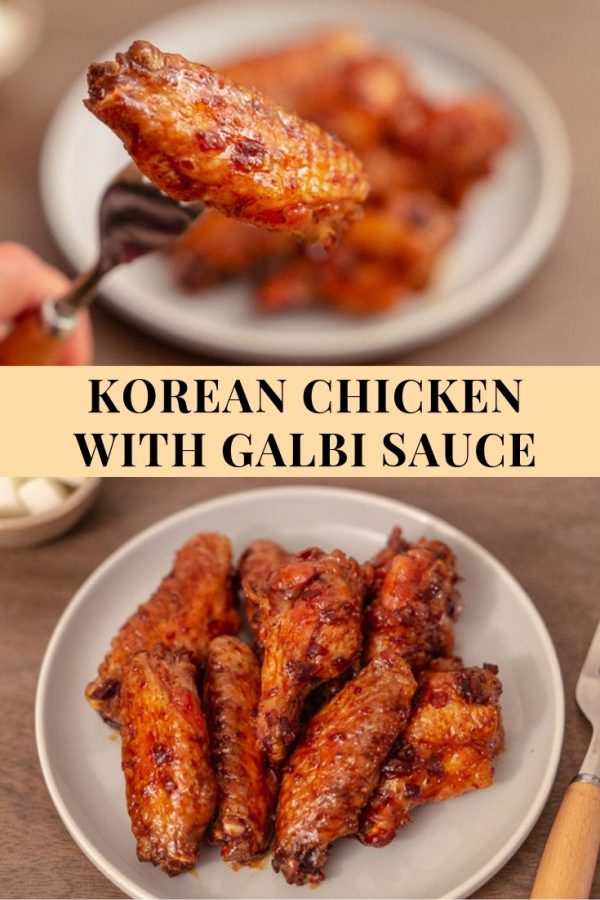 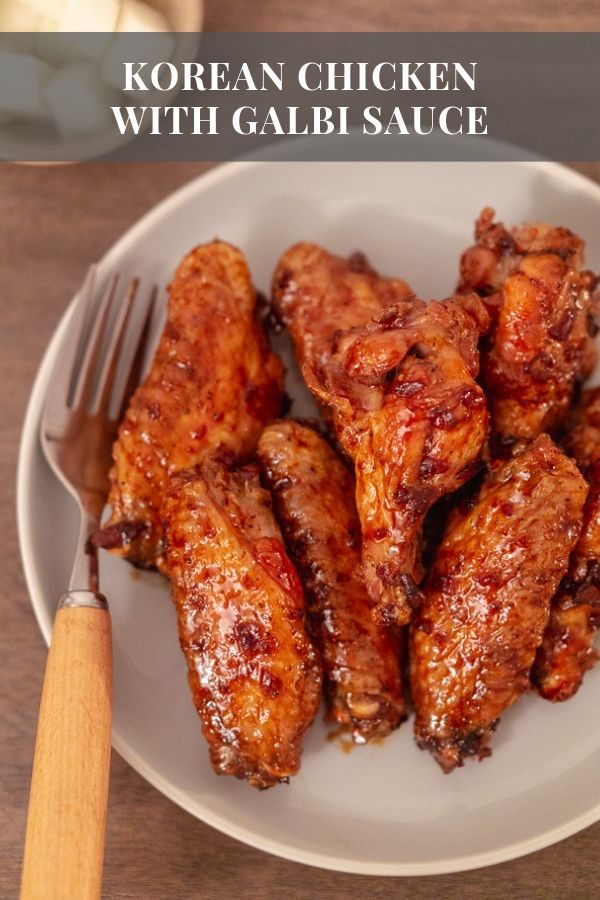 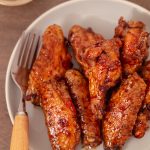 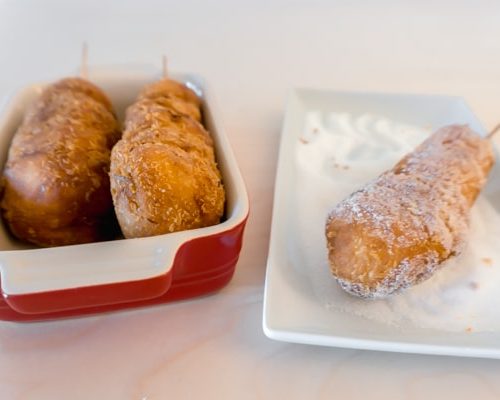 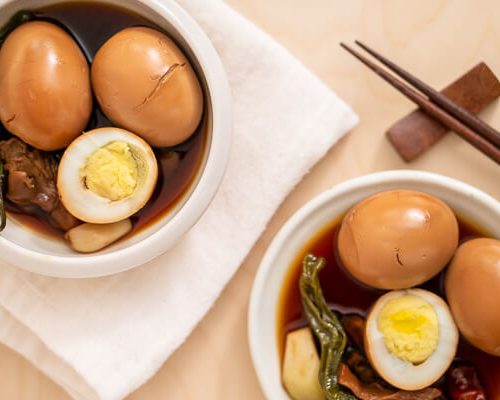 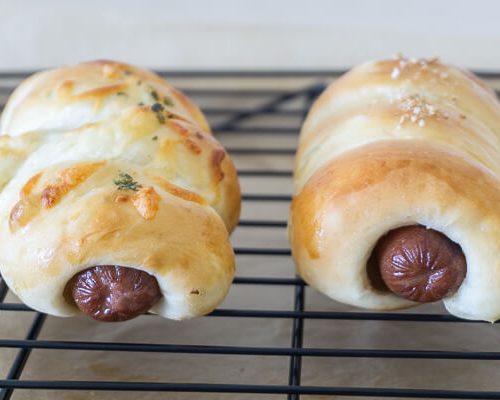