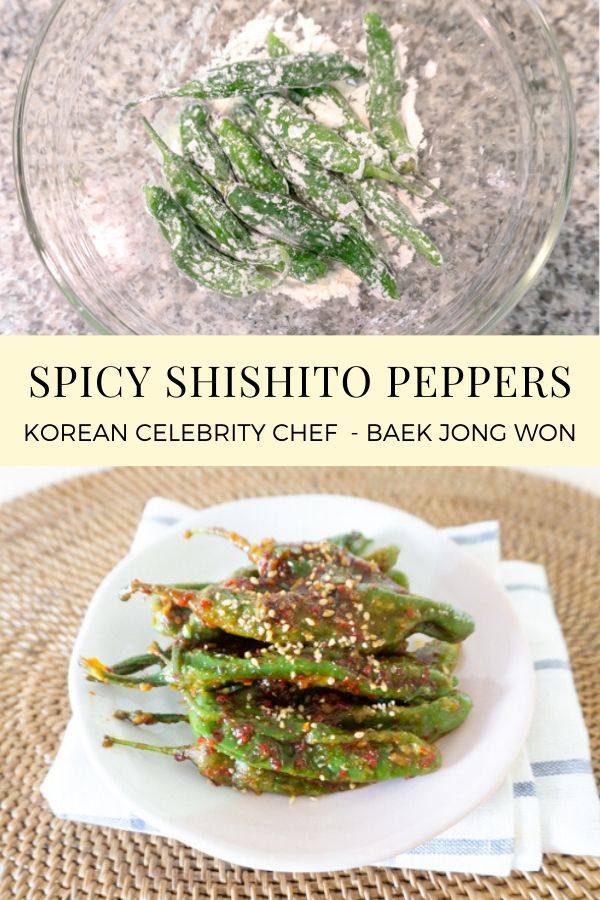 Peppers! I love shishito peppers grilled, stir-fried, pickled and like today, steamed with a crunch and spicy kick (today’s dish). Shishito peppers are mild, slightly sweet and are often found in Asian cooking, particularly Japanese and Korean cooking. I love having a spicy side dish (banchan) when the entrees and soups are more soy based or mild in flavor to add balance. 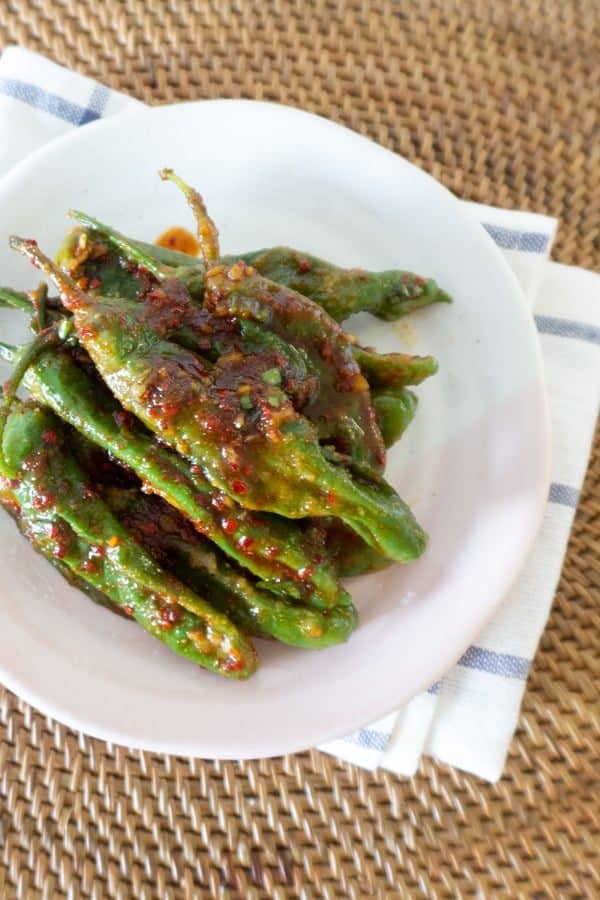 Today’s shishito peppers are steamed to soften the texture but still with a crunch and tossed in a salty and spicy sauce. It’s another dish from celebrity chef Baek Jong Won and this recipe is super easy. The spicy peppers go well with just a warm bowl of rice and soup or also make a great side dish for some Korean BBQ like bulgogi that is more sweet and salty. 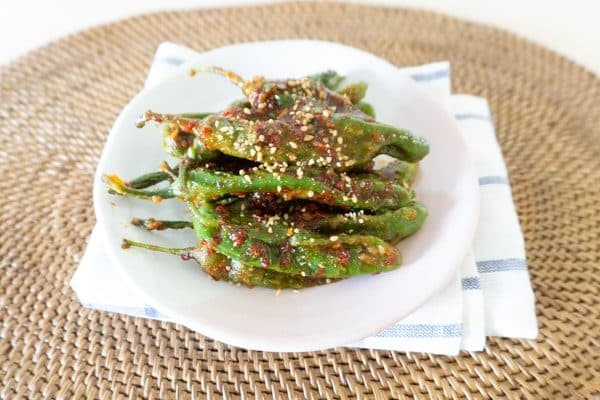 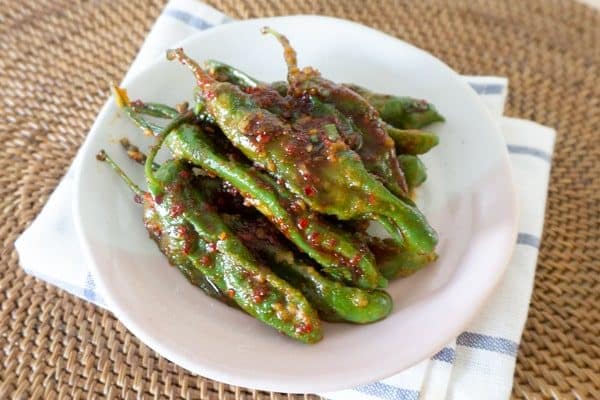